Since 2000, the best wheelchair rugby club teams have battled in Vancouver at the Vancouver Invitational Wheelchair Rugby Tournament. What started as a small competition at Bonsor Recreation Center has grown into a 10-12 team event at the stunning Richmond Olympic Oval that attracts teams from all over the world.

The 2019 Vancouver Invitational runs from March 8th-10th and includes two divisions. Division 1 features Canada's top teams and the German National Team. Division 2 showcases up and coming talent from BC, Alberta and the Pacific Northwest.

For more information, the Vancouver Invitational, head over to the tournament website www.wcrugby.com

BC Wheelchair Sports is still looking for volunteers for the tournament. To learn more about volunteering, click HERE 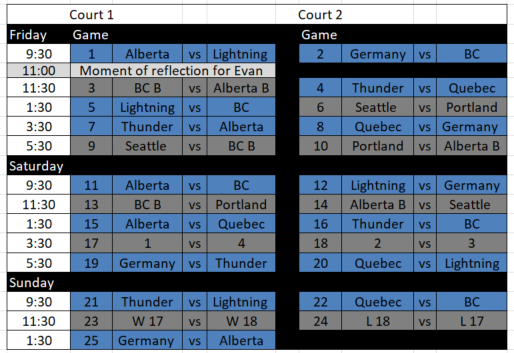 **There will be a moment of reflection for Evan Shaw at 11am on Friday.